I was able to work today.  The company that Life has allowed me to work for is vast.

Meaningful Digression about Writing and Editing

Working as a professional writer and editor from home, the perception of who one’s work colleagues really are becomes bizarre.  One may write something and mail it to someone.  If a magazine, or newspaper or other customer buys it then the editorial staff have become work colleagues by becoming paying customers.  Compared to many other jobs it is weird.

Back to main topic

The company I did work for let me have a uniform.  Work uniforms: some of you have worn them.  To some of you they are a sign of a lame work life.  For others, they are a token of status – of having a job.  I may not even be the only one who was able to view the thing much like a ‘team jersey’.

They told me to not wear the thing around too much.

A lot of the time, the change is relatively minor.  Maybe that’s not really true.  I mean, when an actor or actress goes into character the transformation is not minor.  For ….this is really me just guessing, 50% of workers going into the job is a lot like going on stage.  One does not have to be entirely false but many are also not feeling ‘free to be themselves’.  Those of you who ‘get it’, can see why the simple action that I will describe below is a transformation.

All I did was don the work uniform.  Today, what made it most amusing or unusual was that I did it in a cubicle at a bank.  The reason was that I wanted to arrive on time ready for work.  I went to the bank as an ordinary customer.  That was myself as ‘a private person’ rather than as ‘part of a gigantic global corporation’.  LOL, but I am glad that I am not part of the Borg now….blogging as Borg….but wow, it is a big company and I am connecting with you through weird technology rather than old and ‘in person’ ways.

Who are we kidding?  I wrote both professionally and as an amateur in this language – in this case the point is not about criticizing my abilities but rather to point out that most professional writers work at a distance.  I had to be told to try working more locally.  My record longest distance contracts at this point were the ones from Kuwait to Indianapolis, and the ones from Singapore and India.  I did not do that many of those, but yes.

So anyway, I put on the uniform and felt ‘ta da’ transformed.  In truth, I did not feel like I had suddenly turned into someone else.  Thank God, actually.  One might expect that from psychosis or abusive trauma or strong doses of psychedelic drugs or ‘intense meditation’ ….it wasn’t anything like that.

The subjective sensation was so real, and yet so simple.  We all know one way or another how it is to be part of something greater than ourselves but how that is, can be funny or profound.

I took the thing off again after work.  The actual work was nothing to be ashamed of nor proud of.  The work was not in any of the fields in which I have some kind of personal passion.  I also did not hate it.  My emotion about it was similar to how I feel when I do house work that needs doing except for a small pleasure knowing that I had some ‘social status improvement from working for pay’ and that I would be paid.  My work colleague did not bother me and I was happy to have a colleague right there with me and that we worked as a close team.  It was a pleasure I experienced in contrast to the type of pleasure I get from writing something up and just emailing it to the customer/client/boss who reviews it and then sends me an email about whether or not that is okay.

Yesterday, I became excited because I read that more than 100 people began to follow the blog.  This is even though there are no ‘beefcake images’ and ‘no visible boobs’.  Somehow I feel almost proud of you for that.  In all seriousness, if any of you have a nice little story about feeling transformed please drop them in the comments.

‘Real engagement’ is always great, and if you do enough you can raise my awareness of many of you ‘as real people who are actually there’.

Recently, I was stunned when a man I knew personally read some of my blog.  Our relationship still hasn’t ‘recovered’ despite my belief that it is good that someone read my blog who I also interacted with in person.  If that seems weird, go back to the paragraph about writers.

“High mott land” is what that sounds like.  That’s German for native country.  Most of you could guess correctly about what one of the two words meant, which is why I describe the languages as ‘siblings’ at least ‘compared to Chinese’.   Like so much in life, it depends on what we are comparing.

It is now just a few weeks since I have re-entered my native country.  Not surprisingly, I have something along the lines of two way cultural shock, mainly because of how long I was over in Germany.  I am already missing my health insurance and looking for more.  I already miss the trams.  There are some people over there I have also been missing, but to preserve their privacy I am not naming names.

While that true, I am generally reeling from the switch back from “brick everything” to “wood and vinyl house siding”.

What I have been most rejoicing about:  the English language (also delightfully available over in England), the presence of relatives other than my son and – some Germans; I have seen the American flag a lot without it being ‘German fans of the USA’.   I am no longer suffering from the TV Land syndrome that many Europeans have wherein the USA is essentially something seen on TV and in the movies but not anyplace real where one lives.

I was able to get some work quite quickly and I kept noticing the past few days that my work colleagues were speaking English rather than German.  That still made it easier for me, even though I learned tons of German in Germany.  In fact, German is the language I now know best after English.  Sometimes that still freaks me out but it is true.

Other causes of joy: I was able to speak clearly rather than dealing with my persona of being some foreign lady from an English language culture who ‘talks funny’ in German, but they are glad how much I can.  The same rule applies for errors whether by Germans or foreigners:  Deutsche Sprache schwere Sprache.

Meanwhile, I want to acknowledge Kraft Klub as the ‘born in the 1980s’ Germans who made music good enough to get me to practice German….Following after those ‘my age’ and a little older: Nina Hagen and Einstuerzende Neubaten.  If you want to try good music with German, I recommend Kraft Klub.

Forgive my long absence, but here I am again, writing in from over in the USA.  Right now, I am right around where I grew up.

*Here’s what I didn’t know that in truth, I still can’t say with 100% certainty but with only about 89% certainty.   The German ‘permissions’ were good in England,even with the drama of Brexit.  That had a major influence on how I acted about entering England.

If you have not read the post about what happened, just scroll down to get perspective.  This post simply relates to the one before it.

When I was forced back to Germany, not one single German had a social encounter with me in which I was reminded about the obvious – that the residence and work permits granted me by Germany were still good in England, but….

I would have needed to show those to the Border Patrol rather than my US Passport. 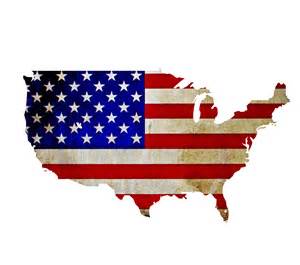 The British Border Patrol even took my US passport so that I would really notice that Germany let me back in using German documentation.  This is due to German relatives.  I was very legally there.  Germany really gave me residence and work permit.  I had ‘earned’ the permanent residency permit but still had a temporary one and was still ambivalent about Germany and chronically missed the USA, but also missed England – less so, but also.

Bottom Line:  That’s really what happened.  For some reason, between July 5 and November 10th I did not meet a single German who bothered to remind me of the obvious.

I eventually found out that I should have assumed the German permissions were good even without the German equivalent of a Green Card only while stranded at Gatwick in November.  My pass granted to me by England into my US passport ran out.  I worried and I asked around in the airport.  That’s when they reminded me of the truth.  Don’t worry, they assured me when I described my German documentation – with the German permissions I was fine in England for weeks – even months, and could even get a job.

I needed to know that months earlier.  Maybe I was just a Sissy.  Maybe I missed the USA that much.  Maybe, uh, just an embarrassing “Duh!” moment.